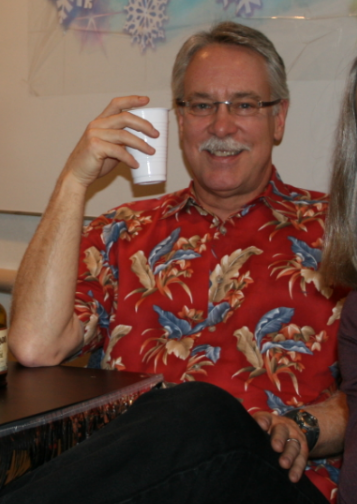 Dr. Henry Gholz, a former Program Director in the National Science Foundation’s Division of Environmental Biology (DEB) died on Saturday, September 30, 2017 while rock climbing in Rocky Mountain National Park. He was a wonderful friend and revered colleague to many at NSF and in the ecology research community.

Henry received B.S. and Ph.D. degrees in Forest Science & Ecology from Oregon State University. He then joined the faculty of the University of Florida, where he worked for twenty-two years, becoming a leader in research on the ecology of forest ecosystems.  Henry joined DEB as a Program Director in 2000, and beginning in 2002 he led the Long-Term Ecological Research (LTER) sites program for a ten-year period.  He was recognized with a standing ovation, and was presented with a special plaque for his service at the 2012 LTER All Scientists Meeting (http://news.lternet.edu/images/henry-gholz-honored-lter-all-scientists-meeting). Following a 1-year sabbatical, Henry returned to DEB as a Program Director in the Ecosystem Science Cluster, and for the Macrosystems Biology program in Emerging Frontiers until his retirement last year.

While at NSF, Henry was known as an enthusiastic and collaborative advocate for ecology, who worked tirelessly to create new opportunities for the environmental biology research community. He made many friends during his sixteen years at the NSF as a result of his warm and caring personality.  Following retirement from NSF, Henry lived with his wife, Dr. Jan Engert, in Ft. Collins, CO.  At the time of his death, he was serving as a Visiting Scientist at Batelle Ecology, working with the National Ecological Observatory Network.  Henry is survived by his wife Jan, his children Nate, Sophie, and Sean, and several grandchildren.

The above is just a brief of sketch of a leading scientist and wonderful individual who impacted many people’s lives. With that in mind, we invite Henry’s many friends and colleagues to offer your thoughts and memories of him in response to this blog post.

14 thoughts on “Remembering Our Friend and Colleague Henry Gholz”