University of Illinois at Chicago, M.S., 1981-Biology and Math

NSF Experience/History: I have been a rotator since July 1, 2012 and will continue until June 30, 2014. I first reviewed a proposal for DEB in 1992, and have reviewed proposals annually since then. I have been on 10 panels, starting in 1994, including DDIG, Pop Bio, CAA/RPG, Biocomplexity, UMEB, REU, UBM, PCE and an EP preproposal panel.

What are your study system(s) and area(s) of expertise?/Describe your current IR/D activities:

Whirling disease is caused by a myxozoan parasite that invades cartilage and nervous tissue of salmonid fishes. 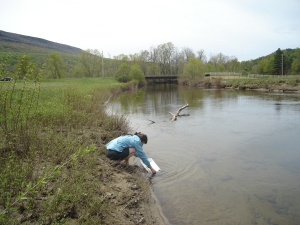 When rainbow or cutthroat trout become infected, the disease is deforming, especially in young fish, causing the fish to swim in circles, hence the name. The parasite has a complex life-cycle alternating between fish and stream-sediment dwelling worms. I collaborate with colleagues in Montana and Vermont to investigate how spatial variation in fish disease is influenced by biodiversity in worm communities, through alterations in frequency and density dependent ecological processes such as host-parasite interactions and competition among the worms. 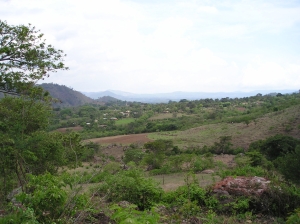 Chagas disease is caused by a Trypanosome parasite, and my work focuses on the blood feeding insect vector. There are > 140 Triatominae vector species, all in a single subfamily of Reduviidae and, except for one, these species only occur in the Americas. This system is interesting because the parasite is quite a generalist. The parasite appears to be able to infect all Triatominae species as well as all mammals. Scientists, students, and ministry of health personnel from Vermont, New Orleans, Guatemala, and El Salvador are working together developing innovative computational models addressing the interplay between genetics of the parasite and insect vector, ecological, landscape, and socioeconomic factors that contribute to spatial variation in disease risk.

One thing you wished more people understood about DEB and why:

I’m amazed at how much discussion there is about the community of evolutionary biologists that we represent. There is a real emphasis on working with the investigators to advance science. I’m surprised by the data driven approach to managing the division and the cluster. Before going to the preproposal system, the people here knew how many PIs submitted more than 2 proposals annually to the core programs (~3%) and how often people resubmitted a proposal within the same year (pretty rarely).

Playing golf, I’m not very good at it, but I get better every year. I also like to fish and have recently learned to scuba dive.